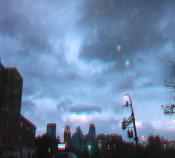 “Pretending to be happy every day also makes you feel fake. You constantly wonder if people can see through it.”

Living with depression is similar to taking a walk through an empty and abandoned forest during winter.

The trees stand lonely, naked without their green and bountiful leaves. Everything about the empty forest screams desperation and heavy sadness. The trees sag as if their very limbs have given up on existing any longer.

Winter has swallowed up all signs of life.

This is a pretty accurate description of how I felt during my depression episodes. It is not unlike coming across a burned-out building, ashes scattered everywhere.

I was no longer in control of my own body. It was as if someone had taken the fun, bubbly Hafsa and sucked out all the things I liked about my personality. In its place was a saddened shell.

I had all the classic symptoms, but I still wasn’t aware of my condition. The first time I experienced depression was in early 2010 when I was around 13. It was my eighth grade year, and I remember having many sleepless nights—and generally feeling overwhelmed by the smallest things.

Simple tasks like getting out of bed every morning were extremely hard. I had trouble sleeping at night; my face saddled with dark, heavy bags under my eyes. These periods lasted for two weeks to six months at times. And every time, it felt like the soul-crushing sadness would never end.

Functioning while depressed is almost impossible. Things I loved, like writing or listening to music, just reminded me of times when I was happy and made my depression worse.

I also found it difficult to interact and socialize. When you’re depressed, you have difficulty communicating with those you love about your feelings and conditions. All the ambition and excitement you ever had about your future is drained out of your body.

Pretending to be happy every day also makes you feel fake. You constantly wonder if people can see through it. Eventually, your face aches with the strain of that plastic smile on your face anytime someone asks how you’re doing. Giving them the true and real answer would just scare them away.

Personally, I developed a bad habit of lying to my friends and family when they asked how I was. I blame the way I was raised about mental health. I was influenced by the adults in my life and how they viewed depression.

Whenever we heard about someone we knew who “lost it,” everyone’s reaction was inclined toward disgust. I always got the feeling that they believed that most mental illnesses could easily be controlled.

It wasn’t cultural either, but stereotypical among the masses. Classmates at school or co-workers also thought it was a choice whether someone wanted to have a panic attack in public.
It’s why I felt more comfortable hiding my sickness. And that, of course, led to negative effects for my health and overall well-being.

NO LONGER IN CONTROL

Dealing with depression alone is a long journey. But what makes it that much worse is being a teenager who is trying to juggle school, work and a social life while hiding your sickness.

The peak of my depression came during sophomore year in high school as I began taking college classes. I was about 16 and my normal school related nerves were slowly amplified.

Depression can come at any time—and, ultimately, that’s what is hardest to explain to those who have never experienced it. Even when you have a million reasons to be happy, the self-loathing creeps up on you.

So here I was, excited to start college classes when I found myself reacting to inconsequential things like my bus coming late or saying something awkward. I would begin shaking and freaking out if a professor gave me anything less than a B on an assignment. Seeing the red corrections on a paper would send me on a downward spiral.

My depression was gradual, but it did not seem to be triggered by something specific. It was genuinely confusing to not know the source of my sadness.

I speak from the deepest, saddest part of my heart when I say that no one should ever have to deal with depression alone. Depression heightens feelings of loneliness, and I often felt like I had no one in my corner. I always wanted people to wake up and truly see what I was going through. But sadly, most people are not mind readers.

I hope and pray that as time passes, fewer stigmas against mental illness exist. I have recently begun therapy and taking medication for my illness. It has helped a tremendous amount.

But the biggest takeaway is that visits to the clinic and pills haven’t been the most successful part of helping me get better. It has been the positive mindset I now have, and the support I’ve received from my family members.

I have learned to communicate more effectively with others. My doctors told me to inform others about when my sickness flares up so they can help.

Best of all, most of my family members and friends have treated me the same—with much needed empathy and help. I was so afraid of being judged, yet the complete opposite has happened. Honestly, it has been so amazing.

That said, taking care of my body is an ongoing process.

It’s true what they say about the human body being a temple—and the physical and mental being of your body should always be in sync. If a mechanic tells you that the brakes in your car are not working properly, you do not hesitate to get that fixed. The same should hold true for your brain whether you suffer from depression, anxiety or bipolar disorder.

Having depression is also normal. I know that now. Many people struggle with it. Robin Williams was one of the most beloved comedians of our time, yet was struggling with personal demons his whole life.

I am living proof that you can overcome your sickness with the right tools. But it is important to know that you cannot do it alone. You should not feel ashamed to ask for help.

If not for my depression, I would be devoid of the passion that is present in my writing. I also would not have the same drive and motivation to overcome what I know can drag me down.

Most importantly, I no longer hold stigmas against people who have mental issues. I am proud to say I am a depression survivor. And I plan on keeping it that way for the rest of my life. 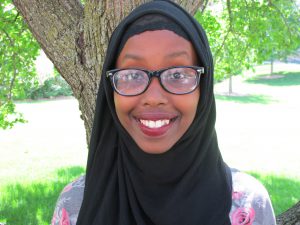 Hafsa Guled is a recent graduate of Fridley High School. A graduate of ThreeSixty’s 2014 Intro to Journalism Camp, she likes being able to lose herself in words and create stories that are easily enjoyable. A huge music fan, she can usually be found at concerts, spending time in the library and watching movies. Fun fact: If you want to be Hafsa’s friend, you have to love chocolate.