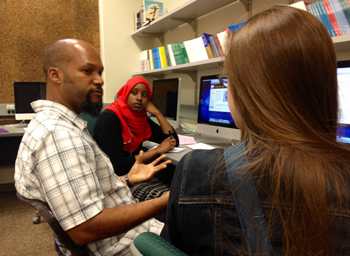 ThreeSixty Journalism serves more than 100 high school students each year from throughout Minnesota via summer camps, traveling presentations, in-house mentorship and newsroom tours. Over the past decade, dozens of ThreeSixty graduates have entered college communications and journalism programs. Several are working in newsrooms or communication-related fields across the country.

The program was originally called the Urban Journalism Workshop when founded at the University of Minnesota in 1971. UJW provided basic journalism training to Minnesota high school students, particularly low-income and minority students who were interested in journalism careers.

The workshop was part of a nationwide effort to increase the presence of minorities in newsrooms in order to better reflect and serve increasingly diverse communities. From the beginning, the program was a collaborative effort by the St. Paul Pioneer Press and Star Tribune, which supplied funding and volunteer staff and published student articles. Twin Cities’ television stations also contributed funds and volunteers.

Until moving to the University of St. Thomas in 2001, UJW’s work was limited to a two-week summer camp funded by local media companies and staffed by newsroom volunteers. With the help of grants from the John S. and James L. Knight Foundation and the Star Tribune Foundation, in 2002 the program was able to hire a full-time director to develop year-round programming and outreach.

In 2006, the program’s name changed to ThreeSixty to reflect its programmatic and geographic growth. We are interested in telling stories from all parts of our community, using a variety of media tools. The University of St. Thomas contributes funding, in-kind support and training to support the program. It also offers a full-tuition, four-year scholarship each year for one high school senior who completed a ThreeSixty program. 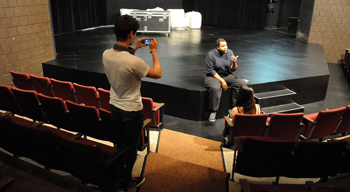 The Urban Journalism Workshop, a two-week residential summer camp for teens, is created by the Minneapolis Star Tribune and St. Paul Pioneer Press in response to the small number of minorities in newsrooms and to criticism of the media’s performance during the urban unrest of the 1960s.

The first ThreeSixty scholars — Laura Lee and Hlee Lee — are awarded four-year, full-tuition scholarships to study journalism at the University of St Thomas. By 2009, Hlee is an assistant producer at TPT-TV and Laura is a production assistant at KSTP-TV.

Program name changes to ThreeSixty to reflect the use of multiple media to tell stories from varied vantage points. First annual Widening the Circle award is given to David Nimmer to honor extraordinary contributions to the next generation of journalists.

ThreeSixty launches a monthly online magazine produced by an editorial board of teen writers. A summer day camp is added to the residential camp.

After-school journalism classes are launched at the Star dTribune and Pioneer Press. ThreeSixty alumni are working in newsrooms in Virginia, Arkansas and Minnesota.

A quarterly print publication is begun for distribution in schools, libraries and youth organizations.

ThreeSixty launches ProtectMyRep, a social media website and tutorial for schools. The site is designed by alum and populated with content thanks to student interviews and reporting.