Info on the 2022 scholarship process will be available in late fall 2021.

Each year, the University of St. Thomas awards one full-tuition scholarship to an entering first-time, first-year student who completed a ThreeSixty Journalism summer camp and intends to study a program in the Department of Emerging Media at St. Thomas. 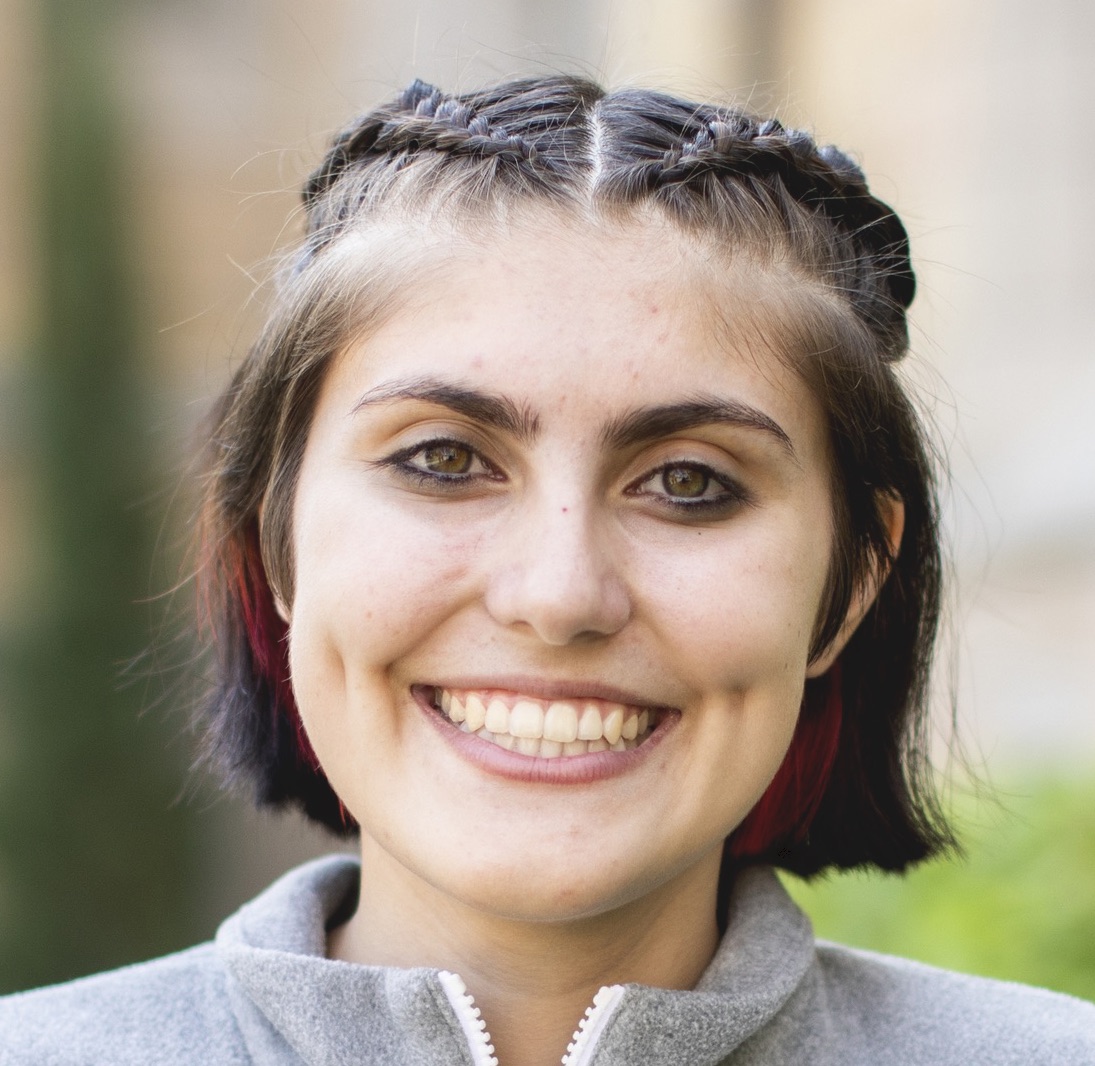 France Aravena is the 2021 ThreeSixty Scholar. Aravena receives a full-tuition, four-year scholarship to study journalism in the Department of Emerging Media at the University of St. Thomas College of Arts and Sciences, starting in fall 2021.

“It’s a big honor. I’ve always looked up to the other ThreeSixty scholars,” Aravena said. “Now I can be one of them as well.”

During summer 2021, Aravena participated in the Reaching Excellence in Academics and Leadership (REAL) Program, a selective, five-week academic and co-curricular orientation program for students who are members of groups traditionally underrepresented in higher education (including students of color, asylees, refugees, and permanent residents) that are newly committed to attending the University of St. Thomas.

Aravena’s ThreeSixty portfolio includes a piece on USA Gymnast Sunisa Lee, a social media story about Main Street Project, an op-ed on the importance of wearing a face mask, a personal essay asking why teens can’t vote until they’re 18 years old, and more. 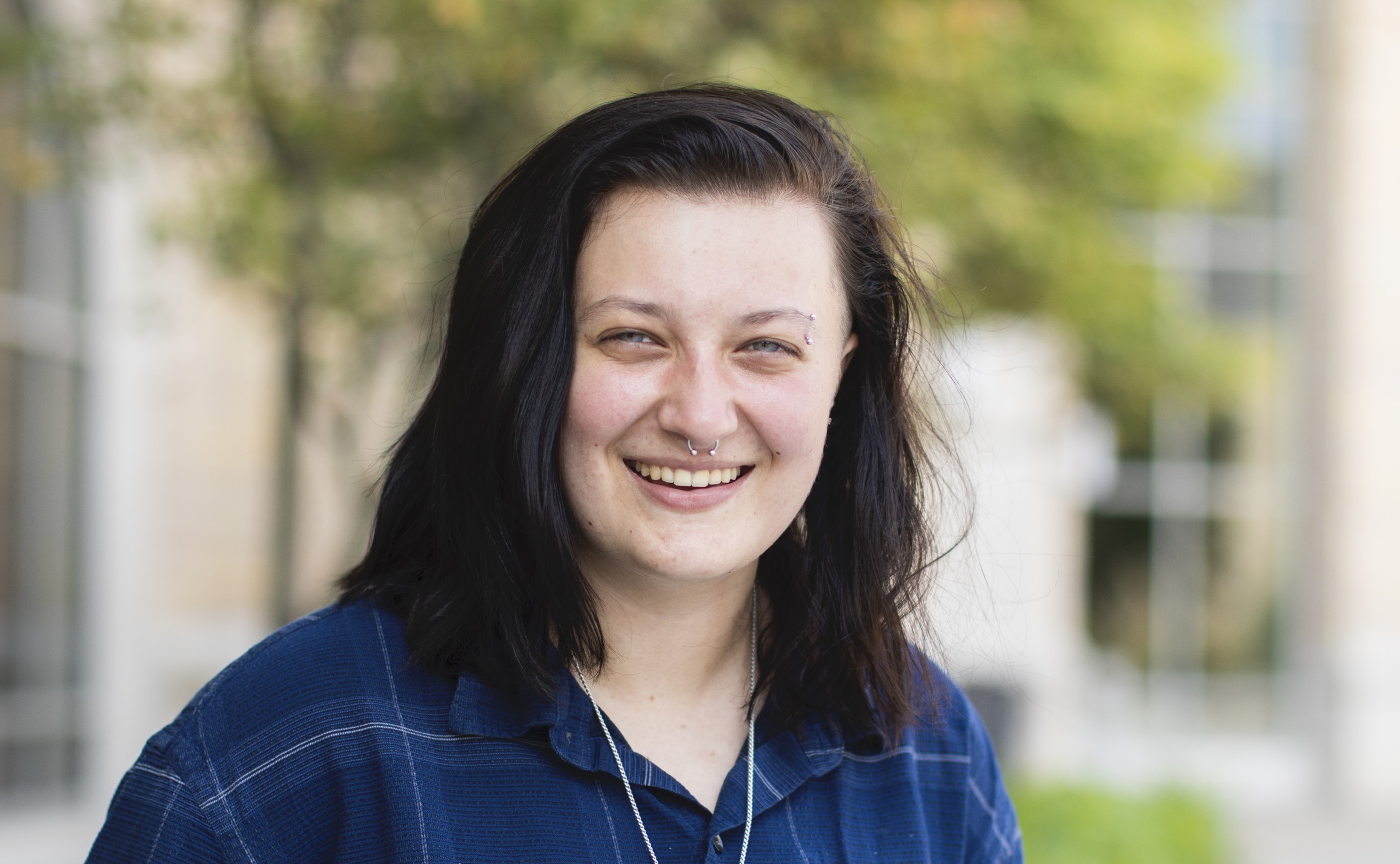 Josie Morss is the 2020 ThreeSixty Scholar and an Emerging Media major at St. Thomas. During the 2020-21 school year, Morss worked as a reporter for TommieMedia, the campus newspaper. 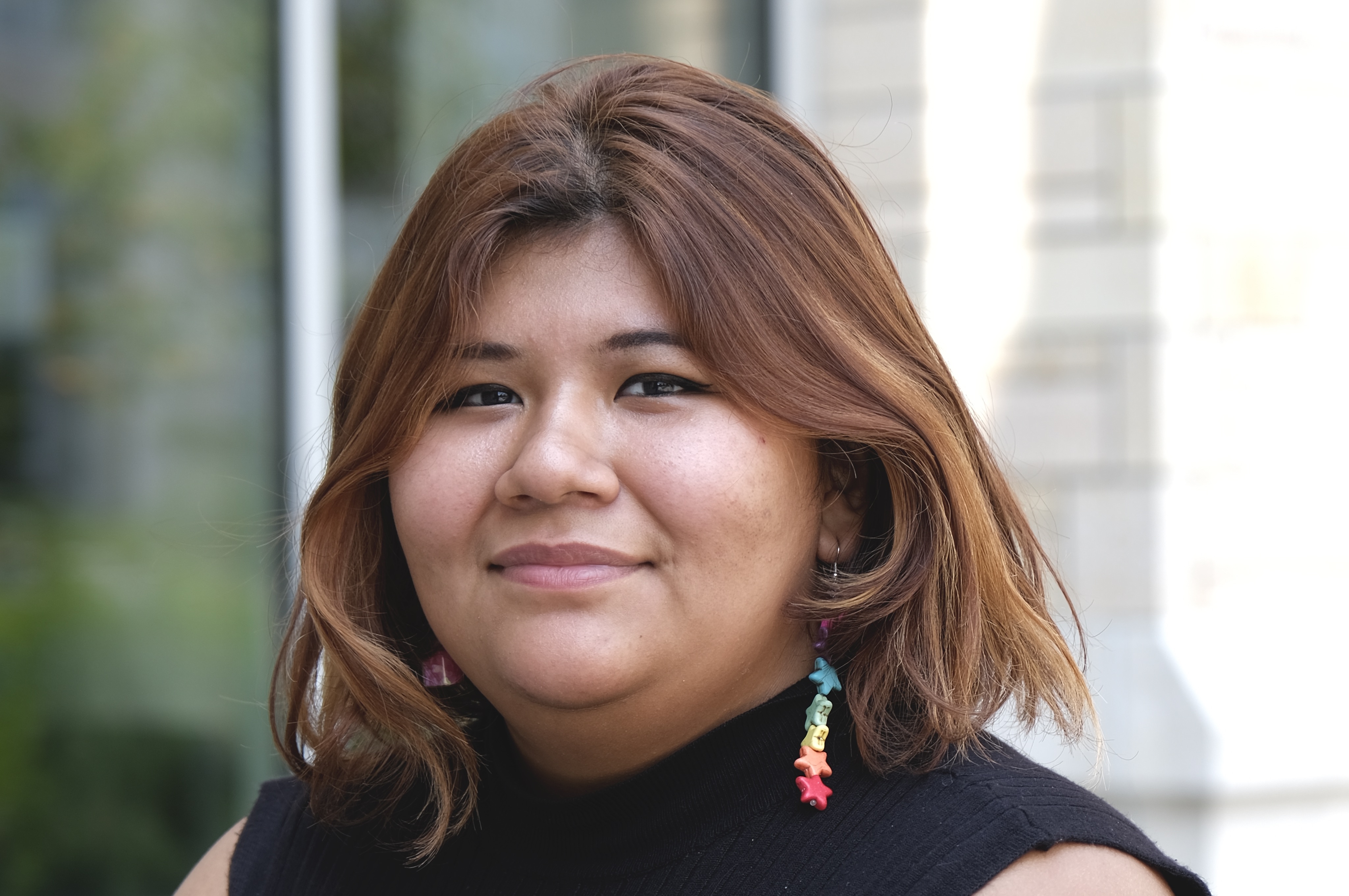 Kai Sanchez Avila is the 2019 ThreeSixty Scholar and an Emerging Media major at St. Thomas. In spring 2021, she began producing and hosting a podcast, “How WE View It,” which advocates for youth to voice their opinions regarding Minneapolis politics, current events and more. The podcast can be streamed on Spotify.

“Being the winner of this scholarship is a huge deal not only to me but to my family,” Sanchez Avila said. “It proves that doing what you love and being creative can be rewarding. It also means my family and I don’t have to worry about the what-if possibilities.” 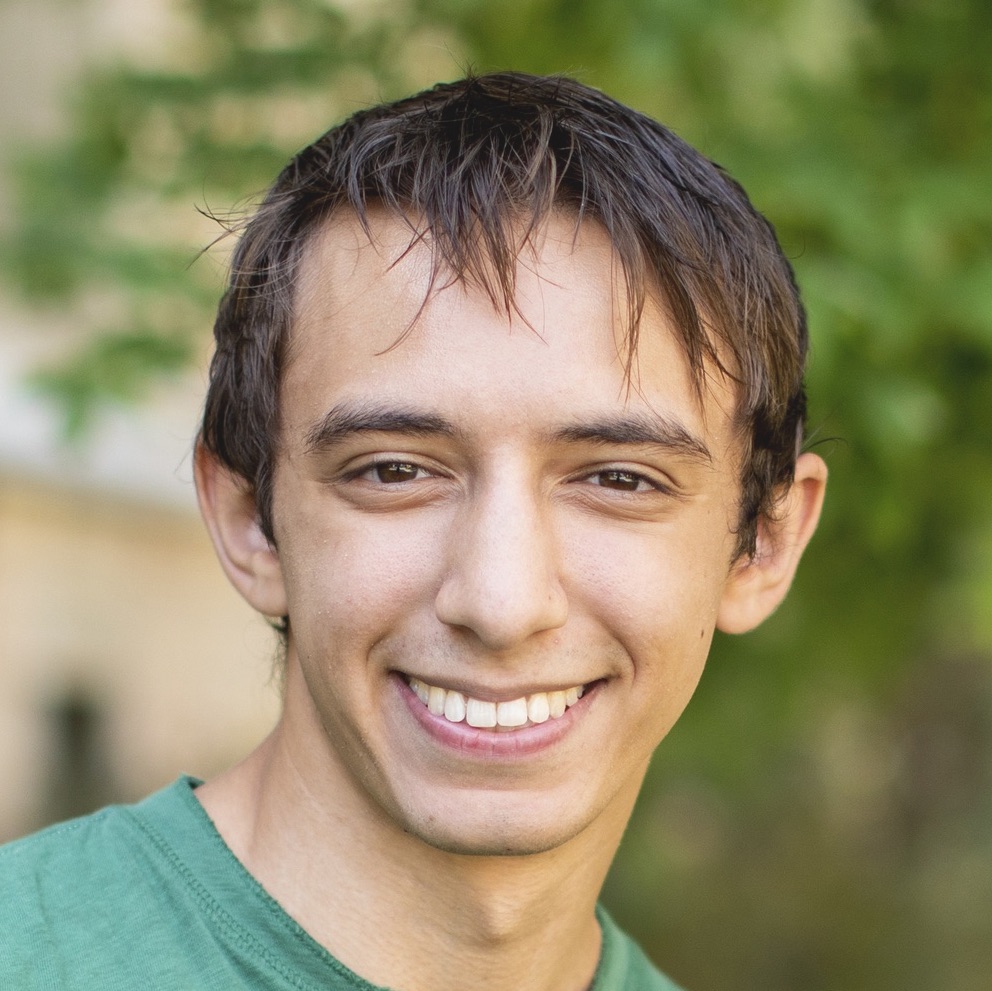 Zekriah Chaudhry is the 2018 ThreeSixty Scholar. He’s a journalism and political science double major at St. Thomas and continues his engagement with ThreeSixty as a volunteer writing coach and editor. Chaudry has held reporting jobs with Tommie Media, Pioneer Press and MPLS/St. Paul Business Journal. During his sophomore year at St. Thomas, Chaudry studied abroad in Rome, Italy. Chaudry was a reporting intern for Star Tribune over the 2021 summer.

Chaudhry, a 2018 graduate of Minneapolis South High School, joined ThreeSixty in summer 2014 and participated in ThreeSixty throughout high school.

“I want to be a professional journalist,” Chaudhry said upon being named the 2018 scholar. “I hope to have nationally recognized work and a reputation as an honest and trustworthy journalist.”

Samantha HoangLong is the 2017 ThreeSixty Scholar and a 2020 graduate of St. Thomas, earning a B.A. in Communication and Journalism, minoring in Sustainability and the Renaissance Program.

HoangLong joined ThreeSixty in summer 2016 and soon established herself as a committed student eager to learn and practice journalism.

“While attending ThreeSixty Journalism summer camps, I learned the basics of journalism,” HoangLong said. “It also reminded me of the need for more multicultural journalists.”

When she was awarded the ThreeSixty Scholarship in 2016, HoangLong shared what the opportunity meant to her.

“It puts me on a pathway that is the start of an exciting life journey,” HoangLong said. “I couldn’t be more thankful for ThreeSixty.”

Danielle Wong graduated from St. Thomas in May 2020 with a major in Communication and Journalism and a minor in Justice and Peace Studies. She is currently working in Washington, D.C. as the Multi-Media Strategic Communications Fellow for the national nonprofit Asian Americans Advancing Justice | AAJC. During her time at St. Thomas, Wong interned at MPR News, studied abroad in Taiwan, wrote for MPR’s Call to Mind, and advocated for many equity and justice initiatives. In summer 2020, Wong was awarded the Taiwan Ministry of Education’s international language scholarship to study Chinese in Taipei for six months.

“ThreeSixty inspired me to become a story writer who gives a voice to those who are rarely heard,” Wong said. “The program provided a safe place to hone my skills and find my voice, so I can make an impact in my community and beyond.”

Warren-Yearby is a graduate of St. Louis Park High School. She participated in ThreeSixty’s 2013 Journalism Summer Camp and is a member of the 2014-15 ThreeSixty Student Executive Board. During her tenure at ThreeSixty, Warren-Yearby has reported on topics such as race, religion, and technology. She was also one of 42 teenagers selected to attend the Asian American Journalist Association’s J-Camp in 2014, in Boston.

As a young journalist, she has developed an interest in poverty and homelessness in the United States, the achievement gap, and the lack of African-American studies in schools. “Being chosen to be a ThreeSixty Scholar means more than going to college with minimal debt, but fulfilling the goal I set for myself growing up, which is going to college,” Warren-Yearby said. “I will be attending my top choice of schools and have a shot at a brighter future.”

Honore is a graduate of John F. Kennedy High School in Bloomington. She participated in ThreeSixty’s 2013 Journalism Summer Camp and continued in the program as a senior reporter for the ThreeSixty News Team. She is currently a student worker for ThreeSixty and the UST’s videography department.

“For me, the ThreeSixty Journalism Scholarship means a lot of things for me. It means financial security. It means I will always have support in Communication and Journalism. Most importantly, with this scholarship I can pursue what I love.”

Lancaster is a graduate of the ThreeSixty News Team. Currently, he works with ThreeSixty on special projects and serves as the university affairs editor at TommieMedia. Lancaster also is an intern reporter at Round Earth Media and plans on studying journalism abroad in fall 2015.

“To me, the ThreeSixty Journalism scholarship is more than the path to a debt-free future,” Lancaster said. “The scholarship has placed me in a school that is able to provide me the opportunities to network and learn in and out of the classroom.”

Pastoor is a graduate of St. Louis Park High School. She participated in two ThreeSixty Journalism Summer Camps and in 2011 attended the Asian American Journalists Association’s prestigious JCamp. While studying journalism at UST, she writes and edits stories as a student executive of TommieMedia and continues to serve as an active volunteer and mentor at ThreeSixty

“The ThreeSixty Journalism scholarship has given me an opportunity to become involved in student media, which has in turn prepared me for internships and future jobs,” Pastoor said. “Without this scholarship, I would not have been able to learn the practical applications of journalism or receive the opportunities I have been given since starting college.”

Dickerson is a graduate of South High School in Minneapolis. She has participated in Campus Outreach and has worked as a research technician at Hennepin County Medical Center’s Pediatrics Department. She would like to pursue a career in visual communications.

Vang is a graduate of Central High School in St. Paul who attended ThreeSixty Journalism’s 2009 summer camp. As an aspiring writer, she has a passion for giving, sharing, raising awareness, and learning. Vang enjoys blogging as well as reading interesting literary works as often as possible.

“I am thankful for ThreeSixty because it is more than a program for building skills in journalism and writing—it is home and support for its aspiring writers. Most unique is the way that ThreeSixty builds relationships with high school students. ThreeSixty provides exemplary support, guidance, and help, and builds confidence, inspiration, individuality, and boldness. It truly allows participants to explore their dreams and opportunities without limitations.”