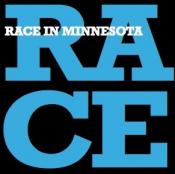 So, fine. I’m not black enough. I play lacrosse. I’m in band. I love all music genres, be it country, rap, classical, R&B and dubstep. I fully enunciate my words. I love to learn. I suck at basketball. If the stereotypes are true, then I guess Miley Cyrus and her Jordans are more black than me.

I dodge students jogging to their next hour, bags bouncing so loudly I can hear rattling books and pencils. I quickly glide through the fluorescent lit hallways praying I won’t be late again.

My typical route to third hour Civics brings me past the same cliques. I arrive to class with just enough time to spare when I notice the usual crowd of African-American teens clustered by the entrance.

I know most of them; half I’d consider close friends. They’re blasting Lil Wayne through someone’s phone speaker. Everyone simultaneously belts aye aye aye to the beat of the song. I stop to listen.

Yeah, I know this one. I bounce along too, even throw in an aye.

I laugh at the guys who are enthusiastically bobbing their heads with the bass and jokingly singing along. I head to my seat with a smile, replaying the medley in my head.

A few desks away, another group of friends is talking and laughing in the corner of class. Out of curiosity, I walk over to hear the joke.

“You didn’t see them?” Amber giggled.

“That group of ghetto black kids outside of the class,” Josh chimed in.

“You guys, they were just listening to music” — like I had to apologize for relating.

“Yeah, but do they have to be so bla ….” Amber paused awkwardly.

“I’m so sorry, Debbie. I didn’t mean to offend you,” Amber said.

“Why on earth would that not offend me?

“What’s that supposed to mean?”

“You know, you’re not like them. You’re different,” he said with a nervous hint in his voice.

I stared at him, confused. He’s talking about me like I’m some type of hybrid out of a science-fiction flick.

“Exactly, you’re not really black,” Josh said, as if a big weight had come off his shoulders.

I got up, walked to my seat, and said nothing. I walked to my next class. Again, nothing. For the rest of the day, those words echoed in my head.

After that day, I became obsessed with “the black identity.” I dissected current and past black cultures. I watched YouTube videos on leaders like Martin Luther King Jr., Ella Fitzgerald and Maya Angelou. I listened to mainstream hip-hop artists like Lil Wayne and Drake to see what I was missing.

How could these two cultures be so different? How can one emphasize community so much while the other focuses so heavily on the individual?

I didn’t know which black culture I fit in, so … am I not black? What was wrong with me? What was I doing wrong? I felt like Sojourner Truth: “Ain’t I a (black) woman?”

Because of Josh and Amber, I had been made to feel as if I no longer fit my birthright. Except the more I thought about it, I began to realize that I hadn’t lost my blackness. It had been taken away from me.

The image of black that Josh and Amber described was built on stereotypes—the same ones I saw when I looked up Lil Wayne and the hip-hop community.

Stereotypes that many black teens follow as a guideline to define themselves as authentically black.

Because I don’t follow those same stereotypes, I’m not black.

I had to decide: Were Josh and Amber in the wrong? Or were they innocently ignorant? They didn’t know any better, so should I be mad at them for what they’d said? Are they to blame for my identity crisis?

I had so much bitterness toward this narrow identity of black, but no outlet. I became angry with the media and everyone who enforced these stereotypes. I was so mad that I decided if I couldn’t be “their version” of black, then I didn’t want be black at all.

I completely disassociated myself from the stereotypical image Josh and Amber saw in that crowd of students. I needed someone to blame, so I blamed everyone who followed the stereotypes.

The following week, I decided to find somewhere I could belong. I looked for students like me who had been left behind, those stranded to find an identity. You know how a common hate can bring different people together? Imagine a bunch of students that hadn’t made the cut. Not just black either, but Hispanic, Asian, white—you name it. Together we made a diverse clique for ourselves.

None of us fit into our race assigned stereotype. Every day, we would poke fun at the labels we hated so much. My Hispanic friend would call herself a “beaner “ and “cholo.” My Asian friends would poke fun at their math skills. I’d make jokes about getting pregnant and being a “baby mama.” We picked at each other’s insecurities.

If we could make it funny, then it wouldn’t be so hurtful, right?

Except the more I tried to smile through it, the worse I felt. Perpetuating stereotypes felt like a bigger disappointment than being sent to a racial no man’s land.

Because I knew better.

I sought answers from Wendy Burns, the director of student activities and leadership development at Hamline University, before writing this piece. I asked Wendy, who is African-American, whether her students have struggled with the same problems. Also, I wanted to know what she had learned from her past when it came to stereotypes and insecurities based on racial identity.

She didn’t have one person or thing to blame. Instead, Wendy explained that it’s a mixture of students’ hunger for a community and a lack of historical pride passed from older generations that can lead to accepting stereotypes. When you don’t have a strong lineage to fall back on, or haven’t been told what to stand up for and represent as a culture, it’s easy to settle for someone else’s interpretation.

For instance, a common black stereotype is being uneducated. Wendy obviously didn’t believe in that stereotype. Growing up, her parents and elders told her, “Wendy, you can be whoever you want to be. You can do whatever you want to do … you may have to work a little harder to get there, but you can.”

She refused to fall into the common trap. She chose not to “assimilate with the dominant trait.”

Our talk opened me to important perspectives on stereotypes and how students struggle with them. As I reflected on the incident with Josh and Amber, I kept searching for someone to blame, when in truth, I should’ve blamed myself.

Stereotypes don’t define you. You define yourself.

So, fine. I’m not black enough. I play lacrosse. I’m in band. I love all music genres, be it country, rap, classical, R&B and dubstep. I fully enunciate my words. I love to learn. I suck at basketball.

If the stereotypes are true, then I guess Miley Cyrus and her Jordans are more black than me.

When I look back at the incident with Josh and Amber, I can’t help but laugh. I was so angry and felt like a victim. While I was right to speak up, I was just as ignorant about my identity as they were. My friends said they were sorry. To them, not being black was their odd way of complimenting me.

I’m my own person. I’m Ethiopian, Congolese and African-American. I’m comfortable with black, white or multiracial groups. Because I’m not scared of other backgrounds and cultures—and because I’m proud of my own—I can relate to anyone. I realize now that it’s a rare quality to have.

Before writing this piece, I wanted to have solid answers about race relations. I wanted to figure it all out in the hopes that this essay would bring closure to me—and of course, the reader.

In the end, I simply learned that I like who I am. I’m uniquely Deb.

That’s all the closure I need.