“I had a woman come in last summer, and I greeted her at the door. It was so hot that day, and she said, ‘Hi, is this the right place?’ And I said, ‘We’ll make it the right place.’

She was so tired. She couldn’t talk very well. I asked if I could give her a hug, so I gave her a hug. I asked, ‘What else can I do?’ And she said, ‘Do you have a washcloth and some soap? I just don’t want to stink anymore.’

So I went and grabbed her a bunch of supplies, and she asked, ‘Can I go into your bathroom?’ I told her she could stay in there however long she wanted to, so I sat down and waited for her. The look on her face when she came out was just elated. She had washed her hair and combed it. She said, ‘I’ve been out in the street all night just trying to make my rent. Can I just sit down?’ We had the air conditioner on and she said, ‘I feel like a human again. I can make it.’

What is the importance of storytelling? And how can a story change someone’s views on a controversial topic like prostitution?

Recently, 20-year-old Maxine Johnson, a psychology major at the University of St. Thomas, learned from a research project that storytelling has the power to change people’s minds about prostitution and sex trafficking. 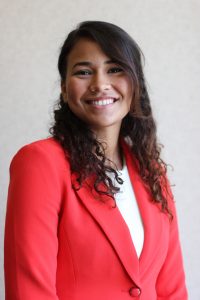 Her psychology professor, Roxanne Prichard, told Johnson about the Northside Women’s Space at Kwanzaa Community Church. Located a block off Broadway Avenue—a hotbed of prostitution in North Minneapolis—the Center provides a welcoming and safe place for women who have traded sex for money.

There are soft couches in a sunny upstairs room, hot meals and sanitary supplies, a chance to meet with a counselor who specializes in trauma, and referrals to other forms of help. The Presbyterian church even sold its old stained-glass windows because women felt judged by the Biblical figures towering above their heads.

Johnson, a junior, was looking for a research project and saw an opportunity to test whether hearing the stories of women involved in the sex trade would change people’s views of prostitution. Together with Prichard, they wanted to find research that might actually help someone.

“Alika (Galloway) told me about what they did over there, a little bit about the women, and that really sparked my interest,” Johnson said.

The public’s view of prostitutes is typically negative. Women who sell their bodies are seen as sex-crazed, immoral and in control of their choices regarding the street life, Johnson said.

The reality is quite different. Back in 2006 and 2007, University of Minnesota researcher Lauren Martin interviewed 150 adults who traded sex for money in north Minneapolis. Most were unemployed, African-American mothers who desperately needed money for essentials like food and housing.

From that research came the idea for a drop-in center with flexible hours and a safe place to rest and share their stories. Northside Women’s Space opened in 2010 to provide it. About 20 to 40 women come each week to use its resources, Galloway said. 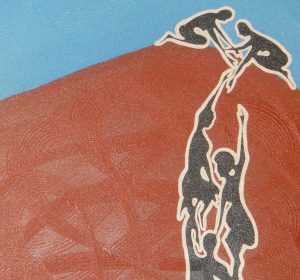 “When I first came, I started listening to women who were engaged in the sex trade, and they were telling me their stories,” she said. “I just held the stories. I didn’t really know what to do with them, but they were important and I knew that.”

Guided by Prichard, Johnson designed an experiment to test how hearing the women’s first-person narratives would affect public perceptions. She had 78 people take an anonymous online survey that asked about their views of prostitution and prostituted women. Participants then watched a three-minute video clip of women who were former prostitutes telling their stories.

This was a pilot study, and Johnson plans to do further research. But she is excited by what she’s found so far.

“It definitely seemed to change views, going from a more negative point of view on the women involved in the sex trade to a more positive one,” she said.

Galloway is also excited. She believes the stories may be powerful enough to change minds and policies.

“Prostitution generally is your last alternative. Who wants to sell their body to a stranger? Nobody. So this is the last option, the end of the road,” Galloway said.

“Their family has been poor, and they end up working in the streets. The more the minimum wage stays the same, the more prostitution there’ll be. There’s this direct correlation between economic equity and prostitution.”

Her ultimate hope is this: “Together in this nation, we will find the moral courage to change the conditions that compel females to sell what is sacred.”