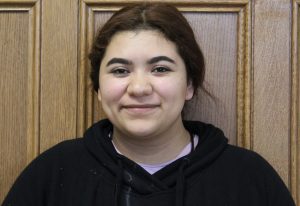 My quinceañera was supposed to be the day I shine.

It turned out to be a nightmare that changed my life forever.

After almost a year of planning, my friends and family were going to celebrate my transition from a girl to a young woman.

I wasn’t planning on seeing my brother Douglas because his 7-year-old daughter recently died from health issues. He was the last person I expected to see that day. But he came for me, and I’m so glad.

As expected, my party was great! When it ended, we cleaned up the event center, and my dad brought me home. When we pulled into my driveway around 3 a.m., my phone rang. No one calls me that late. It was my friend Arianna, and she sounded scared as her voice quivered.

“Arrestaron a Douglas,” Arianna told me. This translated to “Douglas was arrested.”

I couldn’t believe it.

My dad was shocked. We didn’t know where Douglas was. My first thought was, they were going to deport him back to Honduras. Immediately I dialed his number. After a few anxious rings, he picked up, to my surprise.

“Where are you? What happened? Are you OK?” I asked.

“I’m in jail.” My brother responded in Spanish. “I have to go because they’re going to take my things. Tell Oscar to try to contact me.” Oscar is my friend Arianna’s husband.

A few days later, my family and I tried to see him at the jail. The officer at the main desk told us he was released. I had never felt so relieved in my entire life. We instantly tried to find him. We called his number, but no answer. We contacted family to locate him, but no one knew anything. It was odd. He’s released, but nowhere to be found. At least, that’s what we thought.

After contacting many other jails, we found him. He was at an immigration detention center. When I found out, I was upset. I didn’t understand why the police officer didn’t tell us ICE took him. This whole time I was relieved, but there was another problem we needed to face. I constantly heard about people’s immigration experiences. Now, my family is dealing with our own. When we contacted the immigration detention center, we were given 24 hours to pay $5,000 for his bail.

I realized my parents were going to struggle. My grandma died a couple months ago and now another problem appeared. It was a lot for both my parents and me. I felt helpless. My family didn’t deserve this. I was only 15 years old. I couldn’t help in any way. I was too young to provide financial help for my family. Others did though. My parents borrowed money to pay for his bail and was released. Now, we’re waiting for his next court appearance which will determine if he can stay.

I didn’t have much to offer. But then I realized I do have one powerful tool – my voice. I once believed a single person can’t make a difference, but the truth is, it takes just one person, like me, to stand up for immigrant rights. In a society where my family is marginalized, I, the American-born Latina girl, gained the courage to speak up for those who are voiceless.

I attended marches and protests that advocated for immigrant rights. I encouraged and informed those around me to attend. I gained an interest in law and becoming a lawyer. I want to make my parents and brother proud. Because I know what it’s like to live in fear and be lost, I can use those experiences and my chosen career to empower communities like mine.