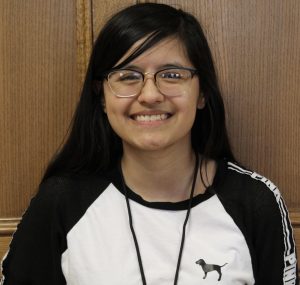 I slumped in my swivel chair in the police department’s stuffy conference room, contemplating what to do if there was a difficult situation. I imagined a person charging at one of my partners, with a razor–sharp knife in hand. Would I shoot? Would I not shoot? I placed my hand on my chin and observed the buzzing ceiling lights.

“Team 3, it’s your turn,” one of my advisors yelled. My imagination paused for a moment. I glanced over at my team and bobbed my head towards the door to signal our scenario was ready. I perked up from my chair. “You ready?” I asked my team. One of my teammates reluctantly raised his head from the table. “Sure.” I could tell it was going to be a long night.

Every Monday, I had my Police Explorer meeting at the Maple Grove Police Department in Maple Grove, Minnesota. It was normally a good meeting. After school, I travelled home to change into my neatly folded police uniform. I had a warm feeling in my heart like I was going to a place where I belonged.

We always began with uniform checks in every meeting. Didn’t bring your notepad? Twenty push-ups for everybody. Didn’t have black socks? Twenty more push-ups. Didn’t wear the right uniform? We were lucky if we only had to do 20 more push-ups. They made me feel immobile next morning. After our grueling checks, it was time to work with our teams in police scenarios.

Working with the scenarios was often tedious. It was designed like a real police situation. We even had to fill out paperwork or write a police report. Teamwork was in need of improvement, and people seemed secluded, including me. I made my teammates do the hardest tasks for me, while I slacked on even the easiest tasks, such as fingerprinting. Along with that, our communication was lacking. Like, wow, this team literally stood in silence until a role-player or judge pointed them in the right direction. It felt as if we needed our hands held during the scenario.

I remember one experience in particular: a search–and–arrest scenario at our state competition. The state competition was our biggest event. Our advisors and leadership made it sound intimidating – more than 1,000 Explorers from cities and counties all over the state were attending, and some performed better than us. We had to be flawless in our procedures and, most importantly, we had to win. This unfortunately did not happen with my team. We were awkwardly scattered around the place, had poor crime scene control and sloppy search methods. I felt a fluttering feeling in my chest after the scenario ended. Tears formed in my eyes, and I leaned my head backward against the wall. It felt as if I had tainted the reputation of my police department.

We had to change. We had to communicate more efficiently, properly perform procedures and prioritize officer safety.

As days became months, my team began to improve. I felt I had improved, too. I used constructive criticism in my performance, and I was open to different roles in scenarios. No longer was I the person who stood in the corner, waiting for my commands. I was now the person who took charge in a situation, and I made sure I was in control. For the first time in my life, I finally felt like a leader.

For me, Police Explorers was an opportunity to grow and learn from the worst of mistakes. I developed my ideas about teamwork and how valuable it is in life. I also realized self-improvement is always an option, and mistakes happen, even when you’re the one in control. Police Explorers has shown me the value of teamwork and resilience, both in Explorers and in life.