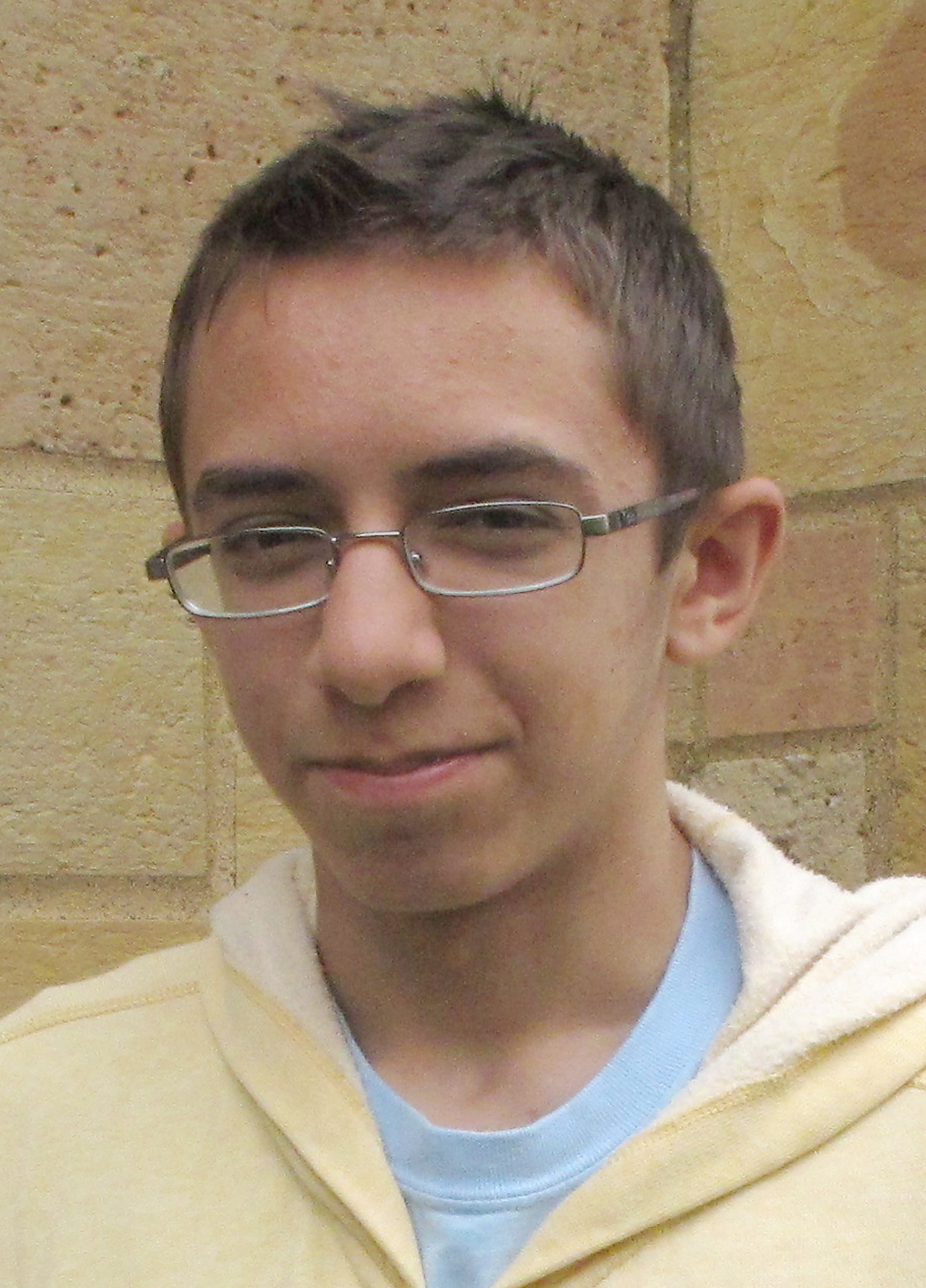 “WHAT SIZE ARE your shoes?” the man asked.

“What?” I turned to see the only person waiting at the bus stop.

“Your shoes,” he said, gesturing at my feet.

The conversation was weird but interesting. It was a comic reminder of the opening scene in “Forrest Gump.”

“Does he play basketball?” I asked.

The man nodded. After a few more words, the exchange somehow turned to a chat about Minnesota sports, a friendly “how about those Twins?” talk.

When I was younger, I would have answered with an “oh” or an “um,” but I was different back then. Now I am a sports fan, and I can carry a conversation about sports and other things. But there was a time when I was much less comfortable talking to people.

The change started when I was 7. I was at home with my parents, listen­ing to announcer Joe Buck call the Super Bowl XLII broadcast on TV. My parents’ excitement was rubbing off on me.

“That’s right, run out of bounds! Stop the clock,” my dad said eagerly.

And then, “Touchdown, New York!” Buck said as New York Giants receiver Plaxico Burress caught a beautiful pass in the corner of the endzone. The sideline erupted. The fans at the stadium were full of either pure joy or complete heartbreak, and my mom and dad couldn’t have been happier.

That was the moment I wanted everything to do with sports.

My mom and dad, who were not Giants fans, cheered for the under­dog to blemish the then-perfect record of the undefeated New England Patriots.

I know the underdog mentality made the Giants special to me at the time, and now as a Vikings fan, I still love it. I couldn’t contain my excitement for the Giants as their bench stormed the field, showering in the confetti rain.

The season was over, but I wanted to relive that, like a captivated reader left frustrated by a cliffhanger. By the time the next football season rolled around, I already knew some of the best players on the Vikings team: Percy Harvin, Jasper Brinkley, Adrian Peterson and Brett Favre.

And I wasn’t done there.

Before, football had been the only sport I followed, but I was ecstatic when my dad told me he was bring­ing me to a Twins game.

I knew the rules of baseball, but Joe Mauer was the only player I could identify. It turned out many Twins fans would’ve been okay with that, as their chants echoed throughout the stadium.

“MVP! MVP!” the crowd roared as Mauer stepped to the plate.

The Twins were playing the Detroit Tigers for the division title, and it remains the most thrilling game I have experienced.

I felt the tension building from the die-hard fans in the Metrodome. The game was per­fect, and when a hit scored Carlos Gomez to give the Twins the victory, I felt relief. The guy behind me lifted me out of my seat as the fans cheered their approval.

Moments like that changed how I saw human interactions. I was no longer feeling so alone in my thoughts. It felt as though sports were the most relatable topic imaginable.

“Yes! Yes!” I shouted with the other fans.

Even better, though, I now had a team to root for and a reason to root for them. I wasn’t going to throw my loyalties around from team to team, because by the time Carlos Gomez made it home, my heart belonged to Minnesota.

I started watching Vikings games religiously. As it happened, the 2009 Vikings were a good team. They continued winning, making the playoffs and advanc­ing to play the New Orleans Saints with a trip to the Super Bowl on the line.

The Vikings and Saints game was exciting. This time, though, my team was the one who failed to win the long, competitive game.

Even though the Vikings lost, it was one of the top-five sport­ing events I have ever seen. I may never again see football played like that. And again, I didn’t mind talking with strangers as much as before, because there was some­thing worth talking about.

That year, I found something that could truly leave me breath­less. I was inspired to think, talk and write about sports in my free time. But then, talking about any­thing started feeling more natural, and talking about sports just felt like good practice for those times.

But best of all, no matter if I’m at a bus stop talking about my shoes or somewhere else in life, it seems that the Vikings will still play on Sundays.

And so it seems there will always be something to talk about.