ThreeSixty Journalism won five awards in the Minnesota Newspaper Association College Better Newspaper Contest for the 2020 – 2021 school year, including a general excellence award. Four ThreeSixty reporters won the awards for stories they produced in high school, despite competing at the college level. 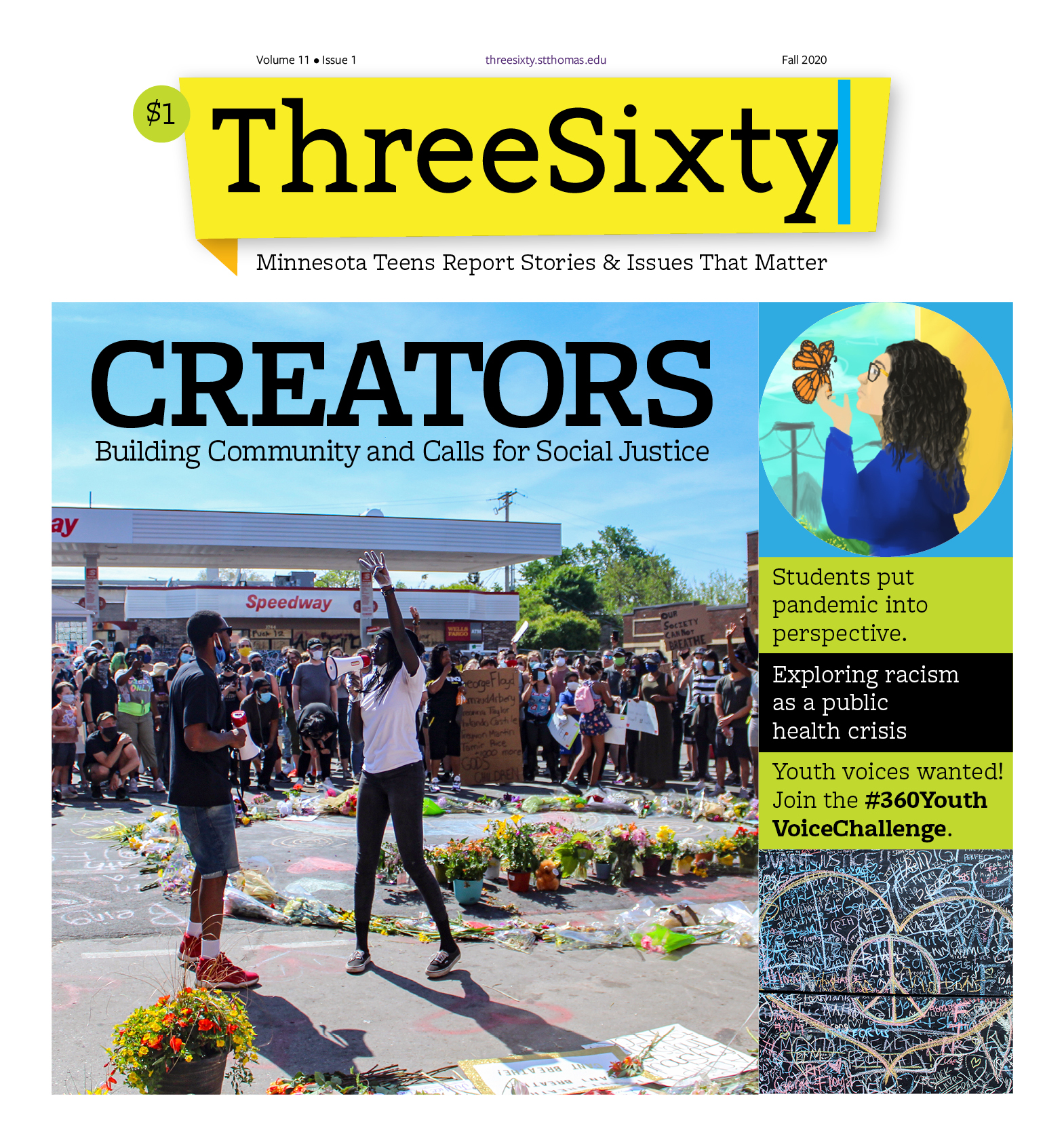 “We are so proud of our students who won these awards, especially because their stories were produced at the onset of a pandemic,” said Associate Director Theresa Malloy Lemickson. “We noticed a lack of diverse perspectives, especially from local teens about COVID-19 and how it changed their lives. These winning multimedia stories represent a powerful time capsule and amplify important voices.”

The judge wrote, “Once again, ThreeSixty Journalism pushes the envelope of what’s possible when highly dedicated young journalists collaborate to deliver a compendium that’s captivating. Features are thoroughly researched and meticulously detailed. Opinion pieces are fair and balanced. Each article is substantive; words do the talking with photos that support the narrative without telling the story themselves. Kudos to the staff of this outstanding publication!”

2020 Digital Media Arts Camp held in partnership with the Center for Prevention at Blue Cross and Blue Shield of Minnesota. The judge called Liden’s work, “Brilliant use of photography to tell a story. Use of detail and motion for context really help tell the story and are engaging to the reader. Well done!”

Dedeepya Guthikonda, a senior at Edina High School, won third place for her podcast “This is America. Speak English” in the Best Use of Multimedia category. It was produced during a special Virtual News Team to cover the pandemic. The judge called it a “beautifully told story. Extremely informative with great examples and a very knowledgeable interview subject.”

The podcast also was a runner-up in The New York Times Podcast Contest.

Jacqueline Martinez, a Harding High School graduate and current University of Minnesota student, won third place in the Use of Information, Graphics and Graphic Illustration for her artwork about COVID-19. The illustration is titled, “Behind the Curtain.”

The judge said, “This is a really interesting piece on self-reflection during that time. The duality is striking and pulls in way more emotions than one would immediately think they would feel. Great job!”

Evan Odegard, a senior at Nova Classical Academy, received third place for his editorial titled, “Xenophobia Isn’t New.” The story was published in the Star Tribune as well. Odegard was also recognized nationally as a winner of The New York Times Student Editorial Contest for a separate editorial about the term Latinx.

ThreeSixty extends congratulations to all its winners.