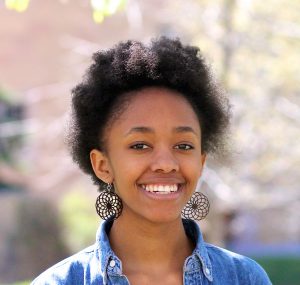 Amira Warren-Yearby is a 2019 graduate of the University of St. Thomas, where she earned a bachelor’s degree in communications and journalism. Warren-Yearby was awarded the 2015 ThreeSixty Scholarship at St. Thomas.

During her time at St. Thomas, Warren-Yearby was president of the Black Empowerment Student Alliance as well as a Board of Trustees student liaison at the university; studied TV, film and communications at Bond University in Queensland, Australia; and worked on the production team for the 2018 Commonwealth Games in Queensland.

Warren-Yearby was involved in ThreeSixty while she attended St. Louis Park High School.

Finding SUCCESS in her journey

Before I walk on stage, behind the curtain I softly recite the lines in my head. In hopes of somehow removing the butterflies that have… Read More