Sidiq Abdullah has been involved in Brotherhood Inc. since it first opened its doors on Dec. 15, 2011. He is now the sales manager for the organization’s coffee business, but he remembers his days of making cold calls without much fondness.

“‘How many times have I told you guys I don’t want it!’” he mimicked an angry voice on the other end of a phone line.

Brotherhood Inc. is a nonprofit organization that employs 15 African American men between the ages of 16 and 24. Members of the program have criminal pasts or come from poverty and gangs.

Brotherhood provides them with classes, employment and a safe place to spend their time. The heart of the program is inside a University Avenue storefront, where sparsely furnished rooms are painted striking red and the air is laced with the rich scent of Brotherhood Brew coffee.

Located in the Frogtown neighborhood of St. Paul, Brotherhood gives African American men a chance to change the direction of their lives. They take part in educational aspects of the program and also work at catering events by selling coffee, tea and hot chocolate so they can learn transferable business skills.

“Most nonprofits, they work with young men, but they don’t employ them. We’re living true to our mission in terms of transforming lives and giving jobs to young men so they have opportunities to advance,” said Phalen Pounds, Brotherhood’s human resources and case manager.

Before Abdullah was hired at Brotherhood, he had trouble finding work.

“When I started Brotherhood, I was on this program called E.J.J.—extended juvenile jurisdiction. If it wasn’t for Brotherhood, I don’t think I could have completed that successfully,” said Abdullah, 22.

Abdullah now teaches at Brotherhood, where members of the program learn about a wide range of subjects. Participants in the program are taught by law students during the school year and gain business skills as they learn to sell Brotherhood Brew to organizations and individuals.

They also take classes in lyrical analysis and African American history. The young men read lyrics by Freddie Gibbs, Drake, 2 Chainz and other artists, discussing the messages they find in the words. When selecting songs for the class, Abdullah looks for a certain “level of consciousness” in the lyrics.

The lyrics use language that is familiar to the program’s participants and more approachable than the average textbook they might read in school. Members also relate to the experiences in those chosen songs, raising issues that are important to their lives.

“A lot of the stuff that helped me change was the educational piece of Brotherhood Inc., and just knowing a lot more about African American history, a lot more than just Martin Luther King and Malcolm X. Just learning about a whole bunch of stuff that African Americans actually contributed to society. That really made me want to try for more, know that I could do more.”

Members of Brotherhood also bring their perspectives to events outside of the office. They recently took part in a rally at the Capitol on the school-to-prison pipeline, and twice a month they participate in discussions that are open to the public and focus on racial issues.

“When something comes up, it stirs up something in you, and you want to do something about it,” Pounds said. “Together we have a voice.”

Racial issues are especially important to the employees of Brotherhood, who often face discrimination in their daily lives, Pounds said. Learning to communicate—with each other, with customers and with those who show them disrespect—is another focus of the program.

For example, in early June, Brotherhood members left their neighborhood to man a coffee booth at the Grand Old Day celebration along Grand Avenue.

“We got a lot of people who will stare at you, roll their eyes and just walk away like you’ve got dirt on your face or something,” Pounds said. “The people that come over and talk to us, a lot of them did buy coffee. But it was the fact that they took time to actually just hear about us … that was more important than anything else.”

As they persevere in their coffee sales, the members of Brotherhood have learned to be resilient, even when they face prejudice and rejection. The program has helped 17-year-old Carshay Collins learn to let things go instead of taking them personally. It has also showed Collins that not everyone with authority is against him, he said.

The young men who work for Brotherhood Inc. devote a lot of thought, effort and time to the program. They can list the various blends of coffee they offer and describe the unique taste of each. The office is filled with pride in their program and their product—only organic, fair trade beverages produced by B&W, Pounds said.

Early next year, Brotherhood Inc. will also be opening a cafe at Western and University. It’s a testament to the hard work Brotherhood members have put in to expand the program and attain a positive future for themselves and the community.

“It’s hard to get people to invest in people that they really don’t understand,” Pounds said. “We get a lot of people that come in and really begin to see our young men differently once they get to interact with them.” 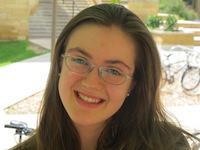 Elena Renken is a senior at St. Paul Central High School. Her story on Brotherhood Inc. is part of a package by 12 high school students who participated in ThreeSixty Journalism’s residential Intermediate Camp from June 15 to June 27.