Musicians hear the warnings all the time—“You have to make it BIG in the music industry to be successful.”

But people had been quietly breaking that rule for awhile when popular hip hop artist Macklemore released the song “Jimmy Iovine” in 2012.

The rebellious tone in Macklemore’s ode to big-name record labels stems from the interactions he’s had with them. His fictional story about being given an offer by Iovine rings true to the pressure felt by all musicians trying to make a living.

“But if I get signed, my luck is destined/My future depends on ink,” he spits, verbalizing the fears of unsigned musicians. Macklemore and his partner Ryan Lewis independently released three EPs and two albums—culminating in four total Grammy awards and millions of album sales. They defied the system.

Dean Sorenson, a professor at the University of Minnesota School of Music, calls Macklemore’s path “creating your own luck,” a tactic he firmly believes in. After his parents expressed concern about devoting his life to music, Sorenson worked as hard as possible to be successful in the industry.

“As it turned out, opportunities came my way that allowed me to do what I do,” said Sorenson, who has performed professionally (on trombone) alongside talent like Idina Menzel and for major productions at the Orpheum Theater in Minneapolis. 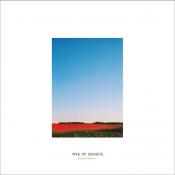 “Becoming successful in the music industry doesn’t have to involve a record label or a world tour—it’s different for everyone, based on what makes sense for the group and the level of commitment you’re ready to make.”

But not all musicians are as lucky as Sorenson. In today’s music scene, more people are choosing a financially-safe route: Work a job to pay the bills and pursue their passion for music in their down time. These individuals are questioning some of the biggest stereotypes faced by musicians: “The industry is unpredictable,” “Music is just a hobby,” “Pursuing music is only for young people.”

Sara Bischoff of Minneapolis belongs to two bands—Web of Sunsets and Heavy Deeds—and works as a freelance writer and designer. She actively tours and records music with Web of Sunsets, and fiercely contests those stereotypes.

“It’s strange that people associate being in a band with being young or unsettled, or that it’s wrapped up in wanting to be famous. I think that should be challenged,” Bischoff said.

“I own my own business, I pay my bills, I have a house and a dog and a relationship, and I play music. I have no ambitions of fame. It’s completely satisfying to just make albums and play smaller shows. It’s also not a phase or a side project—it’s a huge part of my life and identity in a long-term, permanent way.”

Bischoff has been playing music since she was three years old. Formed in 2012, Web of Sunsets has been featured on 89.3 The Current and in Pitchfork, and according to Bischoff, “money aside, it’s as close as I’ve ever come to a dream job.”

Despite her success with Web of Sunsets—the touring band has recorded an EP and an album—Bischoff hasn’t convinced herself to go all-in. Her qualms mainly focus on the financial aspects of touring and recording music.

“It’s rare to make a full-time living playing music in a band, but if that were ever a possibility, I would commit in a heartbeat,” she said.

“What you do to pay your bills doesn’t have to be your identity, and sometimes it’s even better that way so money isn’t controlling your creative projects. In the same breath, things don’t have to be so compartmentalized, like you’re living a double life or something—I don’t think that’s healthy either. Everyone can find their own balance with it.”

While Bischoff works to create a symbiotic balance of work and play, musicians on the other end of the spectrum aim to play until they can’t make a living.

Enter: The starving artists. (Or, more realistically, people who are comfortable taking financial risks until they get what they want.)

Originally from the outskirts of the north metro, three-part indie pop band Whosah has big dreams. After forming in 2010, the band of three brothers—“two by blood and one by blonde hair”—has juggled music with family life, high school, part-time jobs, and most recently, college to arrive at a major goal for summer 2015.

“Right now, the plan (for) summer is to still pursue the careers our classmates are pursuing, but just tell anyone that offers us a job that we’re going to start in the fall, instead of in the summer,” said frontman and lead vocalist Spencer Grimes. “Then we’re going to try just playing all over the place and pulling all of our contacts from the last couple of years and trying to just push it really hard.”

If they arrive at a place where music is enough to support them, Whosah will commit full-time to writing music and performing shows.

With both Grimes, 21, and Erdahl, 22, following degrees in engineering at the University of Minnesota, they’re not too worried if they don’t start working right away.

“The education that we’re getting is in demand enough that we can put off getting a job for awhile and still be able to get a job, so we’re kind of safe,” said Grimes, rapping his knuckles against a wooden table.

The band has developed from playing shows in old school cafeterias and Battle of the Bands competitions to gigs like the Minneapolis Aquatennial, opening for folk rock artist Mat Kearney, and collaborating with singer/songwriter Josh Clutter.

“We’ve always had eyes bigger than our stomachs,” Erdahl admitted. That said, Grimes realizes that the big-name record label pipe dream is a thing of the past.

“It’s not like a movie scene where a guy walks in and says, ‘I hear you in your garage. You’re good. I want you to be on the radio.’ That scene doesn’t really exist, and that’s depressing sometimes,” he said.

Becoming successful in the music industry doesn’t have to involve a record label or a world tour—it’s different for everyone, based on what makes sense for the group and the level of commitment you’re ready to make.

Macklemore decided he didn’t need a huge label to support him. Sorenson decided not to heed his parents’ warnings. Bischoff is comfortable with her creative output. Whosah is ready to push theirs as far as possible.

Bottom line: While the dream of “making it big” in music may not be an attainable opportunity for everyone, that doesn’t mean it’s the only road to prosperity.