ThreeSixty students fired summer programming on the University of St. Thomas campus with College Essay Boot Camp. The camp was held in partnership with Girls Inc. Eureka!. Twenty-six students completed submission ready college essays,  with topics ranging from being proud of one’s roots, the importance of sports in building character, overcoming adversity and the value of teamwork.

ThreeSixty’s two-week News Reporter Academy carried the theme of holistic health equity. The primary project for each student was to write a reported story on a health equity topic. Those stories are available here and in our Fall 2022 ThreeSixty Magazine.

In addition, News Reporter Academy students took a day trip to Midtown Global Market to profile its workers and customers as part of the ThreeSixty’s  News Reporter Academy. Their interviews produced a perspective of this multicultural environment, which has been a staple of Minneapolis’ Midtown neighborhood since June 2006. 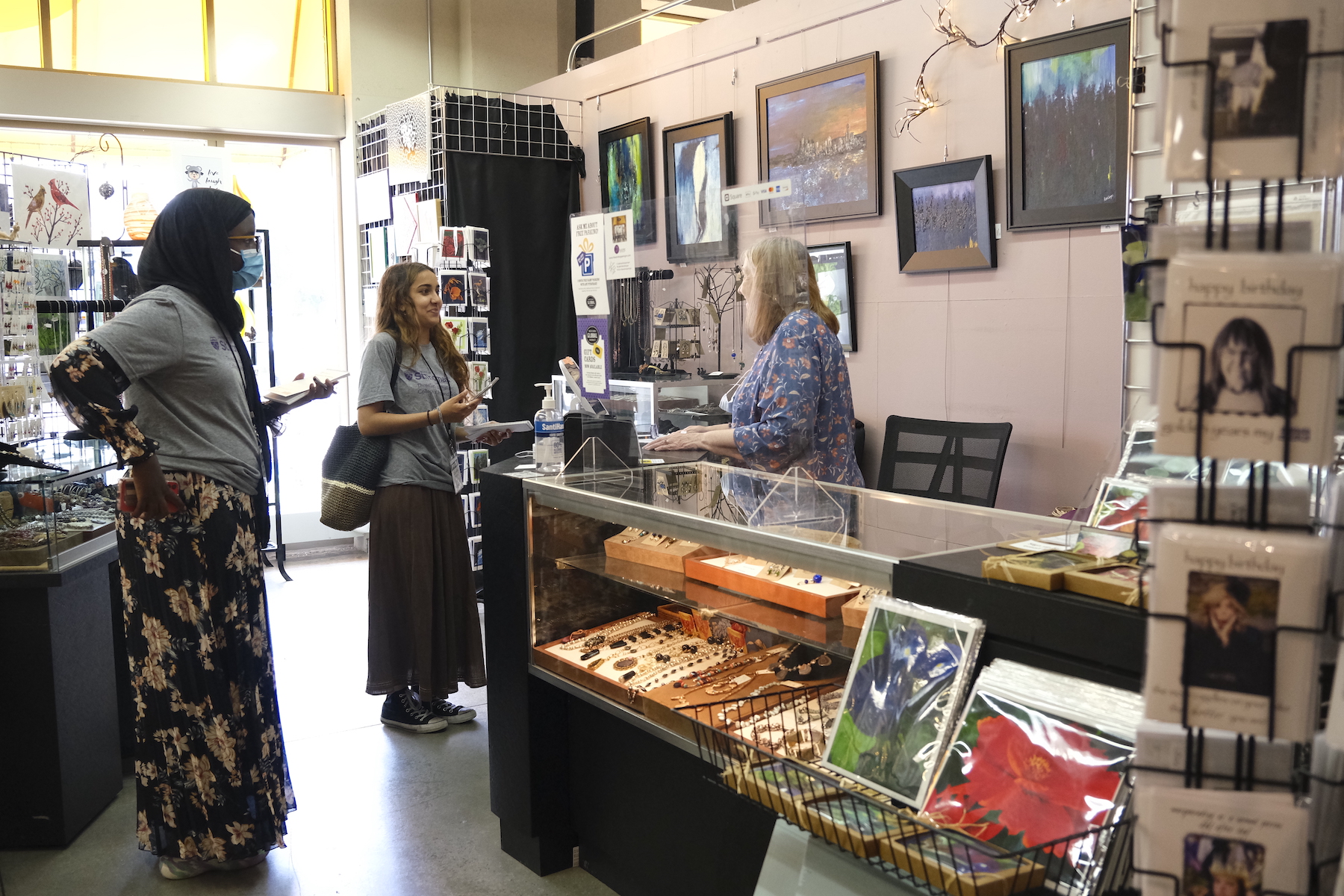 Five advanced ThreeSixty students had the opportunity of a lifetime covering the Minnesota Lynx game on July 6, 2022, an upset win over the Chicago Sky. Through a partnership with the Timberwolves and Lynx, the Star Tribune Jr Reporter experience included courtside and locker room media access.

Students covered the game, participated in the coach’s press conference, interviewed the WNBA stars and visited the Star Tribune newsroom in downtown Minneapolis, working alongside their reporters and editors on the sports desk to finish their stories. Their stories were published on the WNBA and Lynx website.

Nine ThreeSixty students took part in the program’s TV Broadcast Camp this summer. Students had the opportunity to work alongside professionals from the local broadcast news industry, including WCCO anchor Jeff Wagner. The news packages put together by the students focused on organizations fighting for holistic health equity. Students ran through the gamut of the news packaging process; researching, filming, interviewing and editing their work with the assistance of TV news professionals. The TV Broadcast Camp was a partnership with the BlueCross BlueShield Center for Prevention.

ThreeSixty’s Radio Broadcast Camp, a collaboration with MPR News, took place over the course of a week this summer. Student’s stories spotlighted Indigenous narratives. The camp’s main event was a trip to Hocokata Ti, the Shakopee Mdewakanton Sioux Community’s cultural center. There, students interviewed sources in the field and upon returning to campus independently cut and edited their stories, turning them into short documentaries.

ThreeSixty Journalism held its inaugural PR & Advertising Camp on July 18-23, attended by nine students. The students learned how to create their own ad campaign from University of St. Thomas Emerging Media Department professors. The students then designed their owned social media ads warning about the dangers of social media addiction, receiving help from St. Thomas staff, ThreeSixty team members and additional mentors. To cap it off, students combined their work to create a cohesive ad campaign and presented it to Weber Shandwick‘s Minneapolis team.