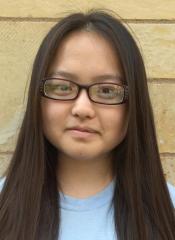 A FEW MINUTES BEFORE the 11:44 a.m. bell rings to end lunch, students at St. Paul Johnson Senior High School walk toward the garbage bins with their lunch trays.

Those with leftovers have a decision to make. Students can either throw some of their uneaten food into the trash or they can place the food on the nearby Sharing Table so other students will have something to eat.

More often than not, there’s food on the Sharing Table.

The Sharing Table, located at some school cafeterias in the St. Paul Public Schools district, not only helps reduce waste and feed hungry students at school, but also helps build a culture of sharing among students, school officials say.

“It gives us an opportunity to be less wasteful and also to (give) food to students who need it and really do want it,” said Racquel Maronde, an environmental assistant at St. Paul Public Schools.

The school district works under an “Offer vs. Serve” policy, which aims to decrease food waste and give students food options to choose. Students are required to pick at least three of five items — meat or meat alternate, fruit, vegetable, grains and fluid milk — offered at lunch.

The Sharing Table is a concept that encourages students to not throw away unused food. Students may  put unused items, such as bananas, baby carrot bags or wrapped string cheese, on the Sharing Table so other students can have the food.

“A benefit for having the Sharing Table is … that you’re providing unopened, unused food and beverages that other kids might want, so then they can drink it or can eat that, which in turn creates less waste…” Maronde said.

At the end of the lunch period, potentially hazardous food that needs to be kept at a certain temperature, such as milk, is thrown out. The USDA has permitted the concept of the Sharing Table, although each school has to comply with laws and regulations in its state.

About 73 percent of students are eligible for free or reduced lunch in St. Paul, according to Minnesota Public Health data.

“This means that almost three-fourths of our families are living at or near the poverty line and may have trouble putting food on the table,” said Angie Gaszak, a nutrition specialist at St. Paul Public Schools. “We want to make sure that students are not going hungry. Hungry students can’t learn. Studies show that well-nourished kids do better in school.”

The Sharing Table has been in the St. Paul Public Schools district for at least 20 years, according to Gaszak. However, Maronde, who has been to all the schools in the district,  said some schools do not have the Sharing Table available.

One of the benefits of the Sharing Table is that, at times, it can encourage students to talk with each other while giving them a chance to give back to their peers.

“With our advisories and all the stuff we’re doing is to build a better community, so students are feeling like they are part of a team together,” said Micheal Thompson, the principal of Johnson High School. “… We’re sharing that stuff and (it) doesn’t go to waste and it has a sort of green feel to it, as well as in our community, we’ve got each others’ backs: you’re hungry, here’s some more food.”

When asked if she uses the Sharing Table, Tiffany Thao, a junior at Johnson High School, was unsure of what it is. But once directed to the Sharing Table, she immediately recognized it. Although she doesn’t take food off the table, she does occasionally put food on it, she said.

“It is (important) because you are helping someone else when you put food on there instead of throwing it away,” Thao said. “When you throw it away, it’s just wasting food, so it’s not good.”

Sade Allison, a senior at Johnson, uses the table sometimes. On one occasion, she took several bananas off the table and offered them to other students. She needed the banana peels for compost for her senior project.

“I feel that if someone else needs the food, it’s a good place where they can just go get some food. Not everyone has food at home, where they can have (a) reliable source where they can go home and eat, so the Sharing Table, I think, is a really good idea,” she said.

Schools in other states such as California, Indiana, Florida and Tennessee also have Sharing Tables as well, according to media reports.

Maronde said she doesn’t know how extensive Sharing Tables are in other schools statewide or nationwide, but she added, “I just think  a lot of schools do it because they know it benefits the students who need that food or want that food.”