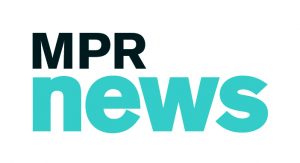 Over five days and under expert instruction from MPR Newsroom staff, students will learn how radio is unique, and build skills around writing and interviewing for radio. With their new knowledge, students will then embark on their own radio adventure and create a two-minute reported story.

The radio camp is in memory of Toni Randolph, a longtime MPR News employee and champion of ThreeSixty who passed away in July 2016. In 2014, Randolph was honored with ThreeSixty’s Widening the Circle Award, which recognizes an individual’s extraordinary contributions to the next generation of journalists, particularly while promoting inclusion and diversity.

“Toni was a strong advocate of newsroom diversity and helping young people find a pathway into careers in journalism and media,” said ThreeSixty executive director Chad Caruthers. “She was selfless with her time, knowledge and enthusiasm. We were lucky to have her direct support of ThreeSixty students and programming, as well as her strategic efforts as a member of our advisory board.”

After Randolph’s passing, MPR and its employees wanted to establish a meaningful and sustainable project to honor Randolph. The idea of a radio camp for young people, particularly those from underrepresented populations, was hatched through conversations with ThreeSixty.

“Many of Toni’s colleagues at MPR wanted to keep her spirit of mentoring young journalists and inspiring them to choose this profession, alive,” said Nancy Cassutt, executive director, MPR News and programming, “and we thought the ThreeSixty Journalism partnership was the perfect opportunity to make that happen.”

Once a plan was in place, MPR tackled project funding. A “Randolph Run” around Lake Phalen, an appearance by ThreeSixty at MPR headquarters, baked goods in the newsroom and other fundraising activities resulted in more than $11,000 raised among MPR employees and friends of Randolph. The company provided an equal contribution, meaning the radio broadcast camp is on solid footing this year and beyond.

“We’re incredibly excited,” Caruthers said. “Imagine, you’re a high school student and get the chance to work alongside MPR professionals to create your own radio story? Wow.”